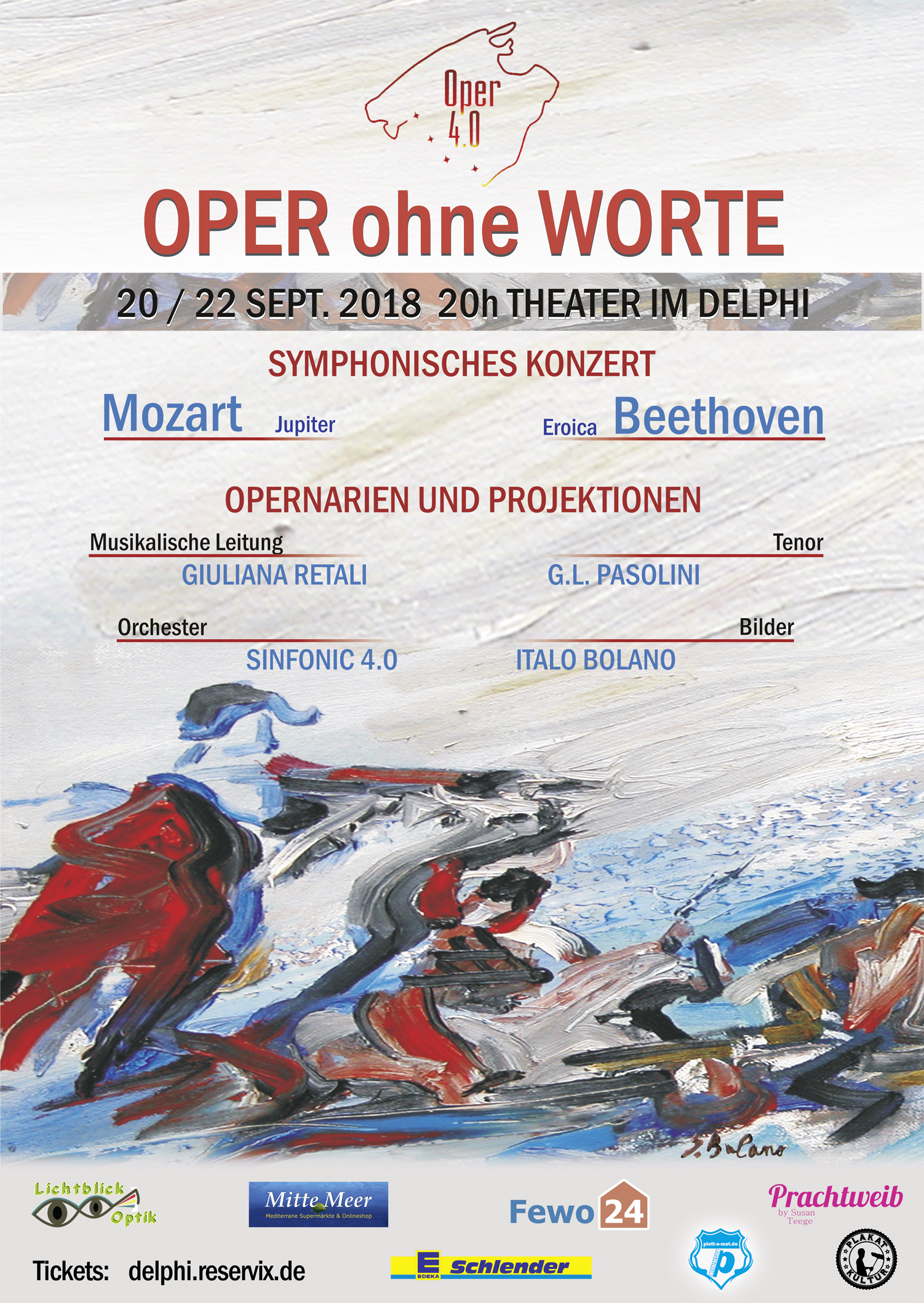 An exceptional approach: The newly founded ensemble Sinfonic 4.0 under the musical direction of Giuliana Retali interweaves famous symphonies with opera arias, affects and projections. Retali sees the symphonies from the perspective of an opera composer and endows them with a storyline that is then brought out by the singing and the projections.

In the days when these symphonies were composed, it was commonplace to incorporate opera arias or even, for example, flute or piano concertos into the symphonies. Nowadays however this practice has fallen into oblivion, so reinstating it is an innovative coup for Sinfonic 4.0, combined with their performative approach. For their debut concert the ensemble will be presenting Beethoven’s Eroica Symphony (1802-1803) and Mozart's Jupiter Symphony (1788).
Italo Bolano, a renowned expert on Napoleon, painted the accompanying pictures while researching Napoleon's memoirs, written in solitude during his exile on the island of St. Helena. In this way the Eroica Symphony, originally composed by Beethoven for Napoleon, will transport us into the innermost emotional world of the hero. 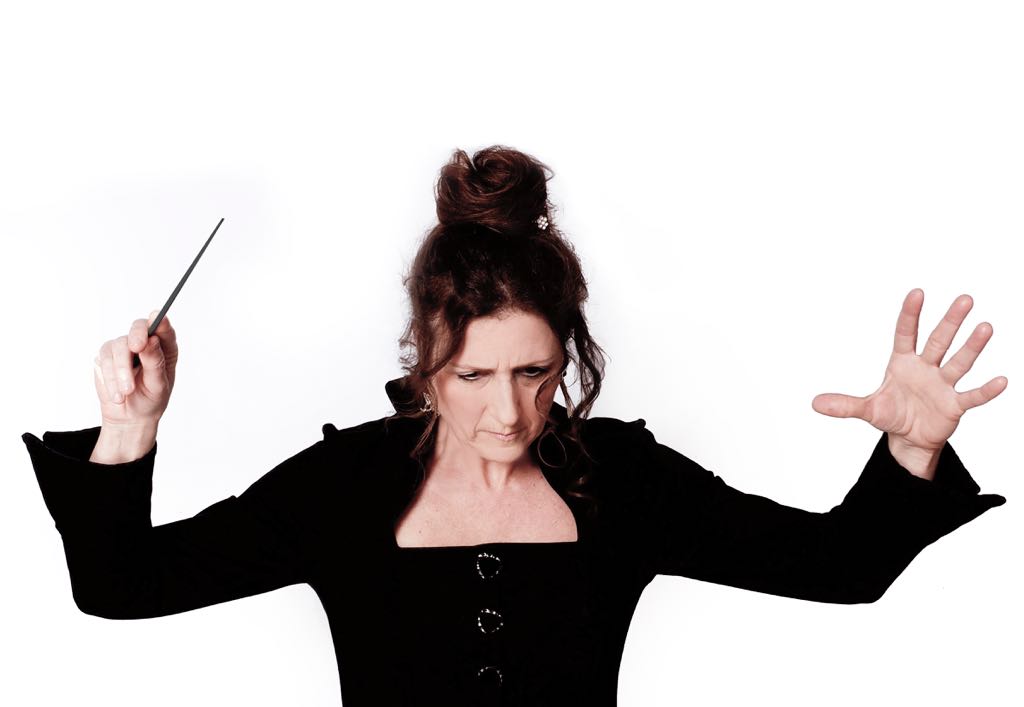 Pianist and harpsichordist, Giuliana Retali studied conducting with C.A. Bünte and Symeon Yoannidis in Berlin. She trained in historical performance practice at the Schola Cantorum, Basel, and was for many years assistant for baroque and classical opera productions. She has been conducting concerts and operas since 2014. Thanks to her passion for literature, she is renowned for the clarity of the text and the power of recitation in her opera productions. In 2017 she founded Opera 4.0 with huge success. In 2018 she started up Sinfonic 4.0, whose particular strength lies in bringing out the rhetoric implicit in orchestral music.

The tenor Gian Luca Pasolini came late to singing, beginning his vocal studies at the age of 30, and graduating with distinction. He made his debut in exceptional circumstances: he was personally selected by Zubin Mehta to sing Carmina Burana as part of Mehta’s 70th birthday celebrations. Following this he began a regular collaboration with some of the greatest opera houses around the world, such as New York, Los Angeles, Vancouver, Berlin, Milan, Moscow, St. Petersburg, Beijing, Seoul, Tokyo and has also performed with Opera 4.0. Over the years he has sung with conductors such as Daniele und Roberto Abbado, Daniel Barenboim, Semyon Bychkov and Paul Curran. 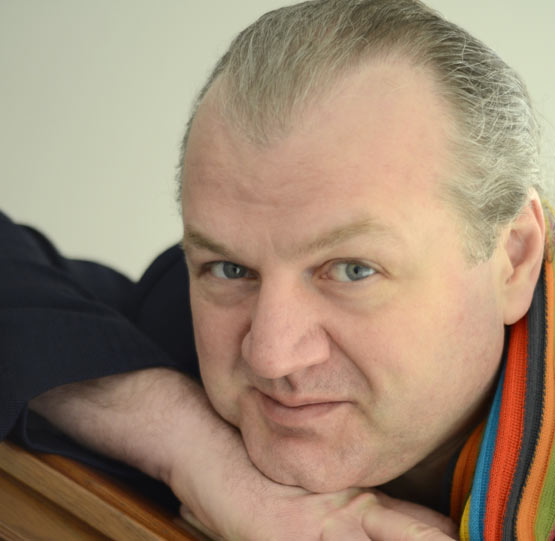 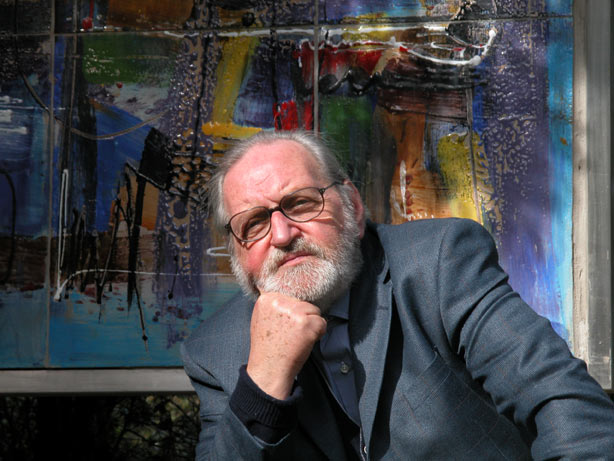 Italo Bolano was born in 1936 in Portoferraio on the island of Elba. His painting has transitioned from youthful figurative expressionism into abstract expressionism. Of particular importance are his cycles of paintings which are devoted to the poetry of Mario Luzi, to Napoleon, to ‘la Donna Isola’ (the ‘Lady Island’) and to Jesus Christ.
He created the ‘Open Air Museum’ which occupies a space of roughly 10 000 square metres in a green valley on the outskirts of Portoferraio and was thus able to fill ‘his’ island with art. His paintings and his artworks, made from steel, dallas glass and ceramics, are displayed both in Italy and abroad, in museums, public galleries and private collections.